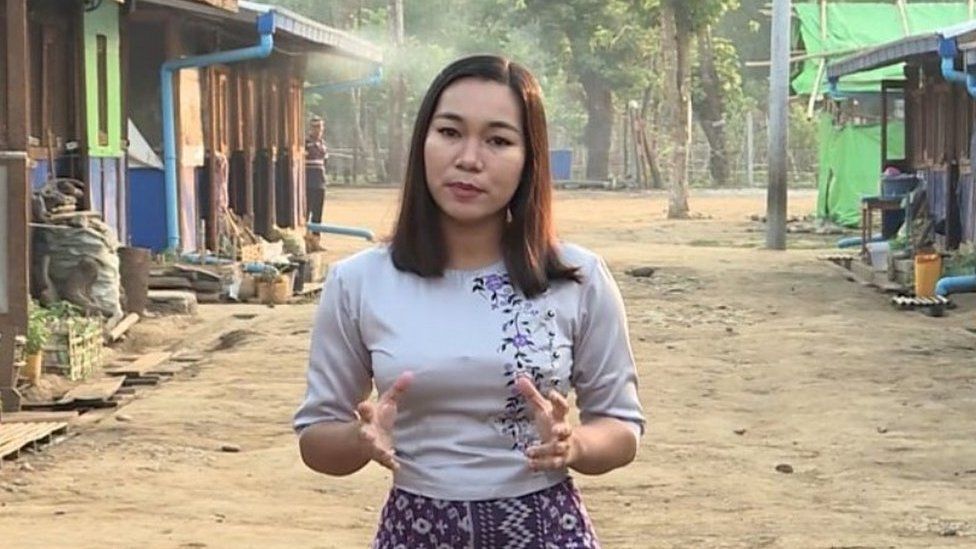 A freelance television presenter who worked for the BBC's charity branch has been sentenced to three years hard labour in Myanmar.

Htet Htet Khine, the presenter of a programme produced by BBC Media Action for local audiences, was arrested in August 2021.

Many journalists and activists have been jailed since the military seized power in a coup in February 2021.

"This, and other detentions of media workers in the country, runs counter to basic principles of human rights and freedom of expression," Richard Lace said.

Her contact with family and access to legal representation has been limited since her arrest, BBC Media Action says.

Since the coup, 12 media outlets have been forcibly shut and 142 journalists arrested, according to the independent Myanmar Now website.

The Assistance Association for Political Prisoners (AAPP), which keeps a toll of those killed, jailed or detained by the military, says that more than 14,000 people have been arrested, with an estimated 2,114 killed by military forces.
Top
Post Reply
1 post • Page 1 of 1